I have a confession to make.

Some may know this already, but there are undoubtedly others who remain blissfully unaware of my true self and may be making the wildly incorrect assumption that I possess the qualities loosely associated with being hip or stylish or cool.  Unless, of course, you’ve dropped around to my house unexpectedly, in which case you’ve seen me in my natural habitat and, as such, have a fair idea already that this is not, indeed, the case. But frankly, if you’ve done that, we’re probably not friends anymore, because…dropping in unexpectedly? Really???

So. That being said. In the unlikely event that you did think I was in some way hip or effortlessly disaffected… Have I got news for you.

I love One Direction.

And not in an ironic way.

I was going to write ‘like’…I even typed it that way a couple of times but kept going back and amending it and then changing it back again because it simply wouldn’t be right to start this on a half truth. I can’t, if you will, do a reverse Zayn Malik and pretend I’m not really that into something that I’m absolutely completely into. One Direction joke.. Too soon?

Anyway. Yes yes, insert boring you’re-too-old-to-like-One-Direction facts here. I’m 33. I have three children under the age of three and a half. A husband. And I love One Direction. Don’t hate on me for being such a unique and mysterious individual.

I could give you an extensive list of very legitimate reasons why I feel this way. Scientifically proven facts:  Adorable bastards. Impossibly likeable.  Songs so catchy and hard to shake they’re practically chlamydia. The little detail of the sun following them wherever they go. And so on and so forth. 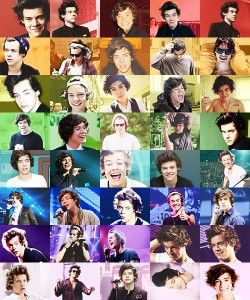 I could mention that a universal debt of gratitude is owed to whatever higher powers were at the helm when Harry Styles was being created because, damn, they went all.out. Forget the pot of gold, Harry Styles is the whole god damn rainbow.

Anyway, in the eternal struggle of life that is adult One Direction fangirling (fanladying??), when I’m not basking in the heady glow of not knowing I’m beautiful, it has occurred to me that in actual fact being a One Direction fan is not altogether unlike motherhood. Motherhood in the existential sense, not in the I’m old enough to be their mother kind of way (which FYI I am not. I googled it. More like really cool, young looking, ever so slightly older female acquaintance of no relation whatsoever).

So I know what you’re thinking. One Direction fandom like motherhood. Ah ha. That’s a stretch. This chick is just trying to find an excuse to write about One Direction. What.A.Weirdo. And you may be right. I admit it, there are multiple things about motherhood that are not in any way like being a One Direction fan.

I have never, for example, had to smell Niall Horan’s bottom to see if he’s done a poo. And admittedly, Louis Tomlinson has not once kept me awake all night crying for no apparent reason. But Louis, if you’re reading this, I’m happy to be that person for you if you need, let it out buddy, let it out.

But there are in fact legitimate similarities. I promise! OK maaaaybe legitimate is too strong a word, but hear me out. 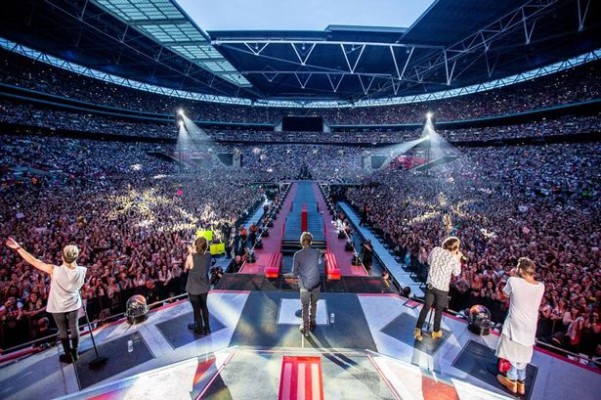 It was an arduous year between the purchase of One Direction concert tickets and actual attendance of said concert. Long nights. The tedium of endless waiting. Self doubt. Wondering if the fateful night was ever going to arrive. Inability to imagine it ever actually happening. Envisioning what life would be like once it had happened. Why is it taking so f*cking long?

And when the night came, oh the elation. The unbridled joy! Dancing (all night….to the best song ever). Singing. Energetic waving of hands in the air like you just don’t care. General feverish excitement and high fiving. And yes, even a few happy tears. Like the strong, independent, adult woman that I am.

And then it was over. God knows when it will happen again. One glorious night and then squat. It could be years waiting for a repeat performance. Cue woeful bemoaning of existance and gnashing of teeth.

Pretty much exactly what it’s like waiting for your child to sleep through the night.

2. They don’t always do what you want them to

I’m looking at you Zayn Malik. Leaving the band. Mid-tour no less. I should smack your bottom.

There’s a place in my house with your name on it buddy. It’s called the naughty corner. Go and think about what you’ve done and come back when you’re ready to apologise. And say hi to my kids while you’re there.

Most first time mums can attest that before entering the world of long lonely nights and unkempt eyebrows that is motherhood, you have absolutely no clue what it’s going to be like. You have no idea of the highs and lows you are about to experience, no idea about the magnitude of love that’s about to wash over you.  One minute you’re scoffing at people who use a photo of their baby as their facebook profile picture and the next minute you’re at Harvey Norman at Christmas emblazoning mugs and calendars with photos of your perfect child’s squishy face.

Well let me say from experience, before you become a One Direction fan (particularly an adult one, because surely I am far too mature and responsible for this kind of Tom foolery) you have absolutely no clue what you’re getting yourself into either. 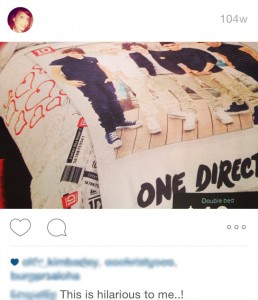 One minute you’re scoffing at One Direction advent calendars in Target as you wait at the checkout and the next thing you know you’re staying up for half the night reading One Direction: Who We are, by the light of your iphone because if you don’t finish Liam’s chapter you won’t be able to get to sleep.

104 weeks ago I was on Instagram mercilessly mocking the ridiculous prospect of One Direction bed sheets. Oh how the mighty have fallen.

4. The joy of watching them grow up

Case in point. Cos everybody loves a photo montage: 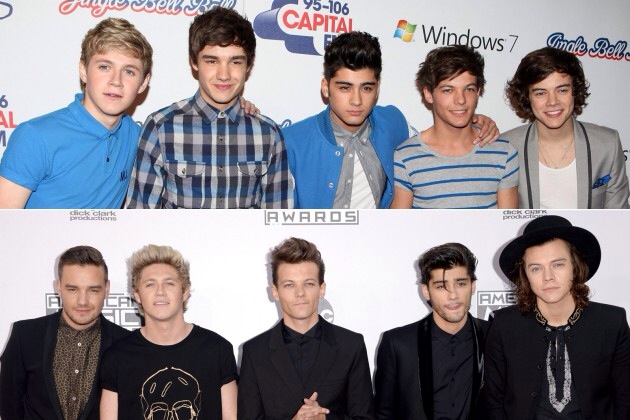 4. Falling in love with a cheeky set of dimples

My littlest baby has just the cutest set of dimples you’ve ever seen. So does Harry Styles.  Read between the lines. HashtagcoincidenceIthinknot.

5. Tolerating a stubborn insistence on wearing the same (arguably questionable) item of clothing every day

Contrary to what people might think, my children do actually possess more than two outfits apiece. For those that see them regularly, this might be a difficult truth to digest. I’m begrudgingly compelled to attempt to clear up this misconception because, I don’t know about anyone else’s toddlers, but mine go through phases of obsessive attachment to particular items of clothing and insist on wearing them over and over and over again; social norms be damned.

And I’m sad to say, more often than not, it’s the ugliest item of clothing you’ve ever seen.

It is apparent Harry Styles runs from the same playbook. 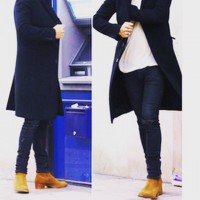 6. Spending all your money on them

Everyone knows that buying ALL THE STUFF can be an (at times) unfortunate consequence of mummydom. So many tiny Tshirts, so little time etc. I can’t even count the amount of times I’ve gone out to buy something for myself and ended up with nothing but baby clothes and a kit kat in my shopping basket.

7. Haters gonna hate hate hate hate hate   Some aspects of life just bring out the in-built asshole in people. Even the nicest people have a little judgey mcjudgerton tucked away for special occasions. People have opinions. Big life decisions are called into question. Why would you waste your money on a nappy disposal bin when you can just put dirty nappies in a regular bin? Why would you wear a pair of multicoloured One Direction socks when you can just put your feet in a regular pair of socks? Haters gonna hate. And if Taylor Swift has taught me anything (except that, according to Kanye, Beyoncé had one of the best videos of all time) then it’s that you’ve just got to shake it off.

So, OK, you can probably compare just about anything to motherhood if you try hard enough. But here’s the thing. I love being a One Direction fan. It’s fun. It makes me incredibly happy. It allows me the opportunity to act like a kid, to sing loudly (and probably really badly) in the car, to laugh at immature things, and to dance like no one is watching.

And funnily enough, those are also some of my favourite things about being a mum.

And that’s what makes it beautiful.

13 thoughts on “Motherhood is like being a One Direction fan ”