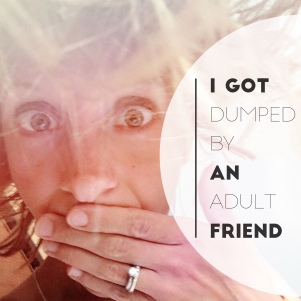 Friendship as a parent is often just an exercise in two people planning to catch up, cancelling, forgetting to press send on the next text message and then tagging each other in funny memes on Facebook until you die.

Safe to say, it’s not actually easy maintaining adult friendships through the chaos of trying to keep your children alive, your house tidy and your marriage… you know, not in flaming tatters on the ground. I’ve always liked to think that all you need in a friendship is a solid foundation of alcohol, sarcasm, inappropriateness and hating the same people… but I’ve recently learnt [the hard way, which is how I tend to learn most things in life] that what I  think will maintain a friendship, is not necessarily universal.

Which is all basically just hurt, pride-fuelled code for admitting that I was dumped by an adult friend recently and I don’t actually know why. In fact initially I didn’t realise I HAD been dumped, which is probably the most awkward part and also shows how totally and utterly oblivious I am to the social cues of the world around me. Concerning. And yet oddly unsurprising.

Admittedly, there was an exchange of texts, a disagreement of sorts, a questioning of the amount of effort that had been put into the friendship on my behalf, and basically an in depth dissection of what an average human I am generally.

And look, I’m the FIRST person to say that I’m shithouse at organising catch-ups. Between trying to look after my three kids without going completely bat shit crazy [and regularly failing at the latter], juggling my husbands weird and ever changing shift working schedule and just being a generally socially awkward individual who likes being on her couch in her pyjamas wearing a blanket that’s shaped like a mermaid tail, sometimes I can let actual co-ordinated, prearranged face to face time with friends slip.

What I lack in my commitment to regular in-person hang outs though, I more than make up for in forcing upon my friends [hilarious] reality TV commentary,  consistent and meaningful Instagram commenting, lengthy text message conversations and, I like to think, a ridiculous amount of love and kindness thrown in their direction at random unexpected times. Along with doing stupid shit like this:

But seriously, I’ll do my best, which I think is really all any of us can do when we have 180 balls in the air at any given time and a good 40% of them are on fire or covered in urine.

And, sidenote, I actually thought my friend and I had come back from that text message exchange, that it was resolved, and that we were “OK”. We’d talked about it in person, hugged it out… I thought it was done, not that we were.

So, I didn’t even realise that I had been dumped until I noticed that my friend had unfollowed all of my Instagram accounts. Which is very Year 10 of me, but as a writer and someone who runs a blog and associated social media channels, it does stand out as a bit of a bitch slap to me. That’s basically like saying “I don’t like you or want to know anything about your life or your incessant gym selfies”.

Admittedly, I quite possibly didn’t notice this ceremonial unfollowing immediately, it might have happened months before I noticed in actual fact and I could have been forcing my friendship on someone who had long since decided she was done with me, but you know, embarrassing myself socially is kind of how I roll so this isn’t new territory for me.

In hindsight, there had also been a smile through gritted teeth and a look in her eye that had been something akin to “I’d rather extract my own pubic hairs with superglue loaded masking tape” when I had last seen her and suggested a proper catch up. And following that, a whole lot of radio silence to any and all text messages I sent. A year ago I was sending her flowers on her birthday and then all of a sudden we just… weren’t friends.

So, what I should have done when I realised I was on the receiving end of a big fat DUNZO was think to myself “your loss, I’ll take my narcissistic Insta boomerangs someplace else and forget this ever happened because it’s not me, it’s you”, but instead I spent a good amount of time questioning what was wrong with me that I could get unequivocally dumped by a friend as an adult. The good old school yard grapevine told me that we’re apparently “different people” and maybe I am a “better fit” with someone else. Which made me feel distinctly like I’d been trying on a pair of GUESS jeans when I clearly belong in Kmart… but whatevs. The amount of elastane in Kmart jeans is just far more forgiving, and I dig that.

I mean, I’ve always thought friendship is so weird anyway. You just pick a human that you’ve met and you’re like “yep, I like this one” and you just do stuff with them. Apart from the small issue of just… hating people… I feel like my potential friendship requirements are pretty standard and totally achievable.

But since being kicked to the proverbial curb, I’ve been discussing this situation with other friends [those who have not yet dumped me] and it appears as though this whole adult friendship palaver being difficult and fucked up and a lot like high school, is a universal thing. Not to mention, there is an actual wiki-how page designated to coping with being dumped by an adult friend with pictorial instructions FFS. 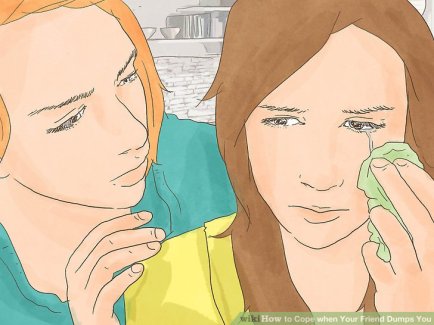 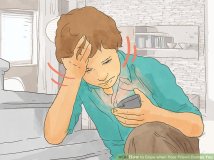 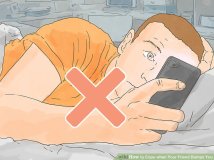 I feel like a lot of these images are implying I shouldn’t take selfies and post them to Instagram and I feel personally victimised but whatever.

So anyway, in the end all I can really do is tell myself who needs this shit when there’s pizza and move on with my life…and possibly never go out in public again for fear of an awkward unplanned run in like that time I hid in the board game section of Target to avoid. That, and also remember… 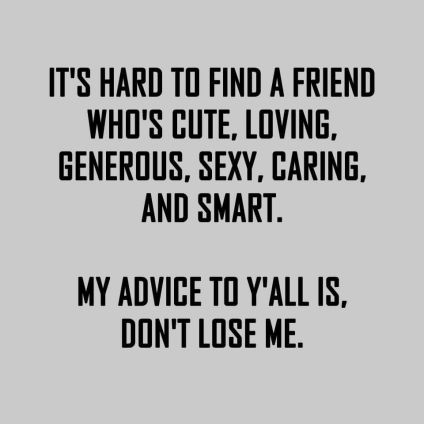 Day 121 at home and the dog is looking at us like, “See? This is why I chew the furniture”.
OK but you can’t prove I planned this outfit in advance tho.
Every new @kiddomag deserves a glass of bubbles or 3 🥂
Can we talk about #officegoals right here? Behold the pink and red combo ‘o’ my dreams that doubles as the day to day working space of @besuperfierce and yes I am jealous. Red retro refrigerator... check. Rainbow balloon garland... check. Custom neon lighting... check. Not one but TWO, I repeat, TWO mirror balls... check, check! My dowdy corner ikea desk in my living room “office space” is shaking in its boots right now. 😆
Surrounded by inspiring women who make the world a better place and motivate me to be the best version of myself [and who also accept the amount of swear words that leave my mouth in any given sentence] @rebeccamorse107 @alexisteasdale @carlottachambers @miriamweir. Launching @mumamoo.au 👶 🍼 ps I have never looked shorter.
Another fine day ruined by laundry. 🙃